Happy New Year, Dead Lady fans! We at the Show are taking January to rest, refresh, and get ready for a HUMDINGER of a show in February: it’ll be second to NUN. That’s right—TWO NUNS (sort of…) and an “irascible” artist. Presented by an editor, a writer/translator, and a program officer at the IRC who is anything but irascible.

Plus a very special announcement…stay tuned! 🙂 🙂 🙂

You know the drill: Monday, February 3rd, 7–9pmin the Red Room at KGB Bar (85 E 4th Street, at Second Avenue). Doors will open a little after 6:30pm. Come all the way upstairs (two flights) and BYO food if you’re peckish.

Our NYC show is free to attend, ~ * but * ~ we do have a bar minimum to meet: please plan to buy a couple drinks to ensure the future of DLS NYC at KGB’s RED ROOM.

MARGERY KEMPE (c. 1373–1438) was an itinerant Christian mystic and author of the first autobiography written in English. Crippled with symptoms of psychosis and insatiable sexual desires, but determined to become religiously devout, Kempe convinced her husband to agree to a celibate marriage. With her newfound freedom she took pilgrimages across Europe and the Middle East, making a (generally pretty bad) name for herself in the process. Prone to preaching (forbidden to women) and to impersonating nuns, she was eventually tried for heresy. 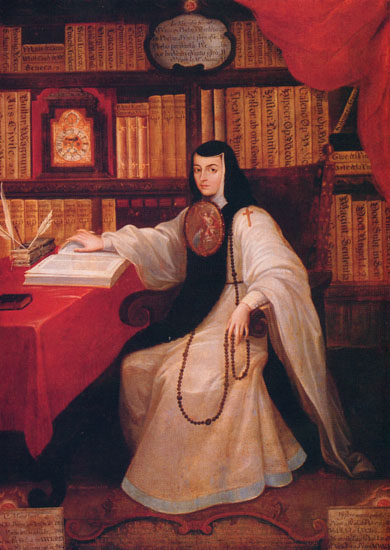 JUANA INÉS DE LA CRUZ (1648–1695) was a Mexican writer, philosopher, composer, and nun who earned such sobriquets as “The Tenth Muse” and “The Mexican Phoenix.” Though theoretically cloistered, she hosted a popular salon in the nunnery that attracted many of Mexico’s contemporary intellectual luminaries. She wrote poetry, drama, comedy, and other works on topics ranging from religion to love to men’s hypocrisy. Because of her controversial views, which lead today’s scholars to consider her a proto-feminist, she faced censure right up until her death due to plague. 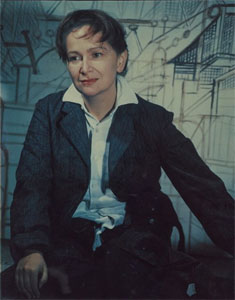 HEDDA STERNE (1910–2011) was a Romanian-born American artist who is most often associated with the Surrealist and Abstract expressionist movements, though her extensive career crossed many boundaries and she herself disliked the confinement of such labels. Always endeavoring to discover new worlds and modes of expression through her art, she experimented with a variety of different styles and materials over the years, describing her works as “in flux.” While this absence of a singular style contributed to a lack of notoriety and commercial success in her lifetime, in comparison to her (mostly) male peers, in recent years many have begun to re-examine this extraordinary woman whose life and art spanned and interacted with one of the most creative and tumultuous centuries of human existence.

MORIAH SPECIALE is an editor in New York City.

MOLLY O’LAUGHLIN KEMPER is a writer and translator based in New York City, where she also hosts a little thing called THE DEAD LADIES SHOW.

KIRI VAN LENGEN-WELTY works for the International Rescue Committee and is based in New York City. In her spare time she can be found doing freelance graphic design, singing in a choir, and scouting the streets for miniature dachshunds.