After a fabulous show last night, we’re squarely into the second year of DLS NYC, and it feels very back-to-school; the air is getting crisp (at least theoretically), the leaves will soon be turning, and lemonades are about to give way to PSLs. Here at the DLS, we’re all about autumn—especially as a great excuse to learn about some Dead Ladies with an extra special connection to the “dead” part.

Our eleventh show will take place on Wednesday, October 2, from 7–9pm in the Red Room at the KGB Bar (85 E 4th Street, at Second Ave). Doors will open a little after 6:30pm. Come all the way upstairs (two flights up the inside staircase). You’re welcome to bring outside food if you wish.

This edition will be a spooky affair featuring a literary horror queen, a master psychic debunker, and a dead lady taxidermist, presented (respectively) by a literary grammar queen, a dynamic duo of master podcasters, and a live lady taxidermist (!). Lovingly hosted, as usual, by Molly O’Laughlin Kemper.

Free admission, but we do have a bar minimum to meet: please plan to buy a drink or two to ensure the future of DLS NYC at KGB’s RED ROOM. 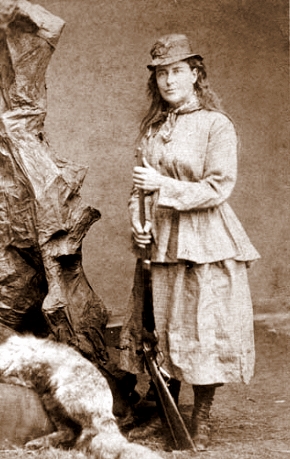 MARTHA MAXWELL (1831–1881) was a taxidermist, naturalist, and artist. On the outside, she was tough as nails and could withstand rugged, unforgiving outdoor life on collection expeditions, but inside, she was warm and loving, supporting her family by trying to build an independent career, and encouraging museums to use taxidermy as a tool for public awareness and wildlife conservation. She broke boundaries by being one of the only women with a solo exhibition at the Philadelphia Centennial, where she titled her massive diorama installation featuring over 1000 artfully preserved animals, ranging in size from stags to squirrels, “Woman’s Work.”

ROSE MACKENBERG (1892–1968) was an investigator who sought to uncover fraudulent mediums. As chief of a team of undercover investigators in the 1920s, she worked for Harry Houdini. After his death, Rose continued to investigate spiritualist frauds for over 20 years and was known as an expert on the subject. She testified in court cases and before Congress, and was also interviewed in national magazines and on television. 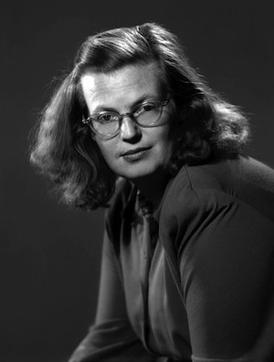 SHIRLEY JACKSON (1916–1965) was a writer of novels, memoirs, and short stories, most famously “The Lottery.” She re-envisioned the genres of horror and the supernatural, creating stories that explored the mundane horrors of womanhood and the fears of women. In her life, she was a celebrated if polarizing writer, a sometimes unhappy wife and mother, an esteemed member of literary circles and an outsider in her small town, and someone who believed in the power of her works to express what she wanted to say.

DIVYA ANANTHARAMAN is an award-winning taxidermist based in New York City. Her work is driven by a passion for wildlife conservation, and seeks to combine the demonstrative aspect of scientific presentation with the symbolic, introspective nature of art. Her clients include celebrities, museums, galleries, and everyday people who love nature. Learn more at gothamtaxidermy.com

DANA LEWIS is a high school English teacher in Queens. In addition to teaching, she also runs two clubs there: True Crime and Girls Empowerment, interests that highly coordinate with the story of her chosen Dead Lady.

NICOLE SARANIERO is a writer for UntappedCities.com and she manages the Untapped Cities Insider program which takes members behind-the-scenes of NYC’s most exciting and off-limits locations. She is a lover of old buildings, ghost stories, and lantern guided cemetery tours.

KRISTA AHLBERG is a copyeditor at Penguin Young Readers, who loves grammar and ghosts in equal measure. Though a longtime fan of Shirley Jackson, she is too scared to watch the new Haunting of Hill House show, so don’t try to talk to her about it, sorry.