Can you believe that it has been nearly a year since the first Dead Ladies Show NYC took the city by storm? Me neither! But it’s true!

This upcoming show, our tenth in New York, will take place on Wednesday, September 4, from 7pm to 9pm in the Red Room at the KGB Bar (85 E 4th Street). Doors will open a little after 6:30pm. Come all the way upstairs (two flights up the inside staircase). You’re welcome to bring outside food if you wish.

Our anniversary show will highlight a visionary mystic who advanced music, philosophy, and science; an unassuming grandma who became an unlikely trailblazer; and a jazz musician who transcended genre and period. Presented by an exceptional educator, a driven growth director, and—returning to the stage—yours truly.

Free admission: please buy a drink or two to ensure the future of DLS NYC at KGB’s RED ROOM. 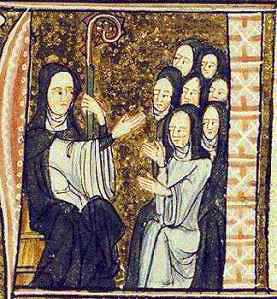 HILDEGARD VON BINGEN (1098–1179) was a Benedictine abbess from Germany well known for her Christian mysticism, musical compositions, visions, philosophical writings, and extensive knowledge on countless topics. Although complications arose during her formal canonization, most branches of the Roman Catholic church recognize her as a saint and she was recently named a Doctor of the Church. While she nominally belittled herself and women in general as being “the weaker sex,” this self-effacing approach worked to her advantage, giving her a place at the table that would have been impossible to access otherwise.

EMMA GATEWOOD (1887–1973) was a pioneering hiker and outdoorswoman—but before that, she was a grandma. In 1955, at the age of 67, “Grandma Gatewood” set out from her Ohio home with Keds, a shower curtain, and an army blanket. She told her grown children she was “going for a walk”—and ultimately became the first woman to solo hike the full Appalachian Trail. 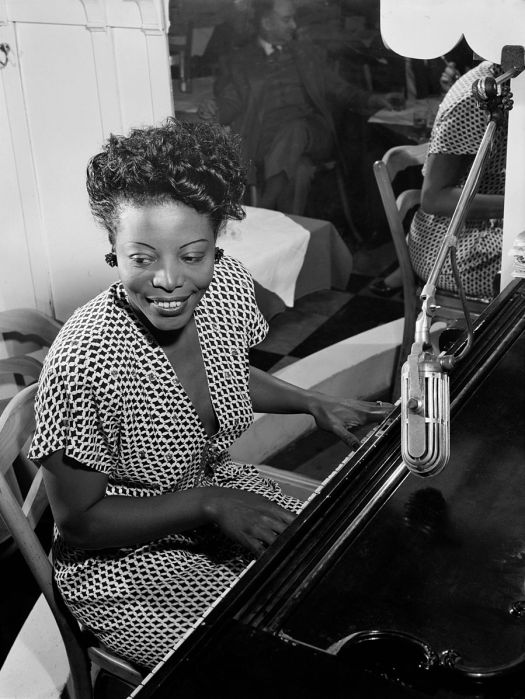 MARY LOU WILLIAMS (1910–1981) was a musician, composer, arranger, and bandleader who, though primarily associated with jazz music, transcended genre. By the age of 6, she was already helping to support her family as a pianist; later in life, she performed with and wrote for many famous jazz musicians, including Duke Ellington, who described her thus: “Mary Lou Williams is perpetually contemporary. Her writing and performing have always been a little ahead…her music maintains a quality that is timeless. She is like soul on soul.”

ELLIE CAMPISANO works with Signet Education as an instructional coach, teacher, and engagement manager. She’s been intrigued by Hildegard von Bingen since college, when she had the opportunity to study her insightful theological writings and enrapturing musical compositions simultaneously.

MOLLY O’LAUGHLIN KEMPER is a writer and translator living in New York City, where she runs a little show about dead ladies.

KATIE DONLEY works in Growth at GiveDirectly in New York. You can otherwise find her at the 6&B Community Garden, or running around Prospect Park.