Episode 23 is our first from New York City! It showcases two incredible black women who made major achievements in their fields. First off, journalist Amy Padnani tells us about the nurse, wartime inventor, and handwriting analyst Bessie Blount, followed by researcher Deborah Streahle on the radical feminist lawyer Florynce “Flo” Kennedy. Recorded live at KGB’s Red Room, and produced and presented by Susan Stone in May 2019.

A young Bessie Blount, having taught herself to write with her feet and her mouth. 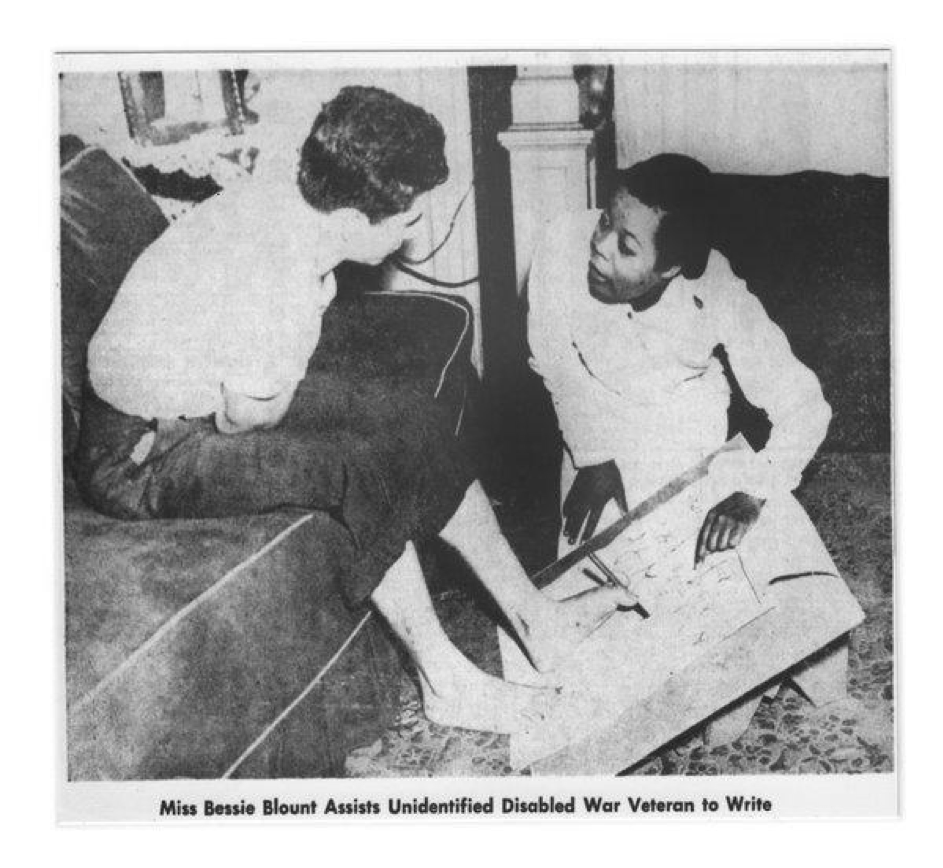 And here she is passing on that knowledge. Elmira Advertiser, April 24, 1958

Bessie’s invention, as patented in 1951 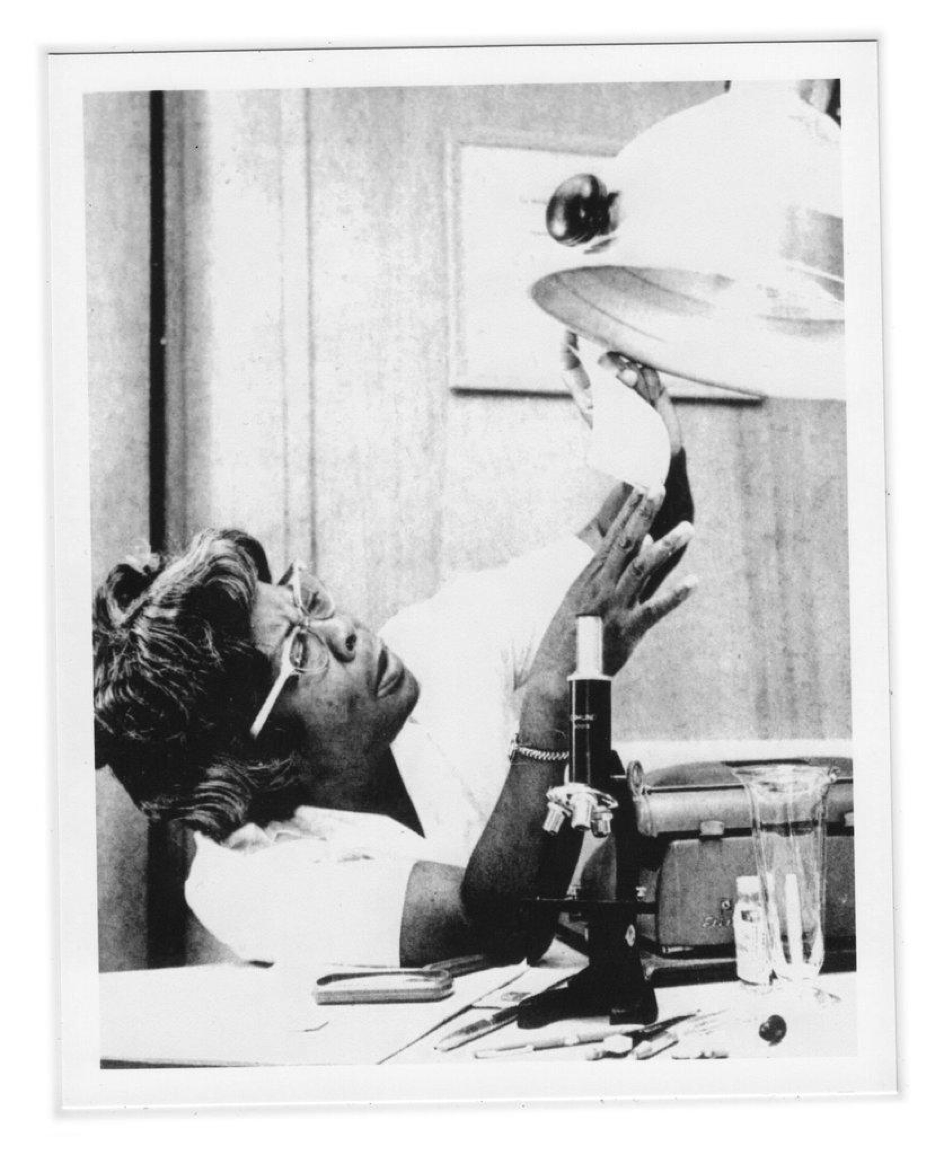 As a handwriting analyst in later life. The Daily Journal

You can read Amy Padnani’s obituary for Bessie Blount in the New York Times‘ Overlooked section, which Amy herself established. We thoroughly approve of this new initiative.

And on to Florynce “Flo” Kennedy. 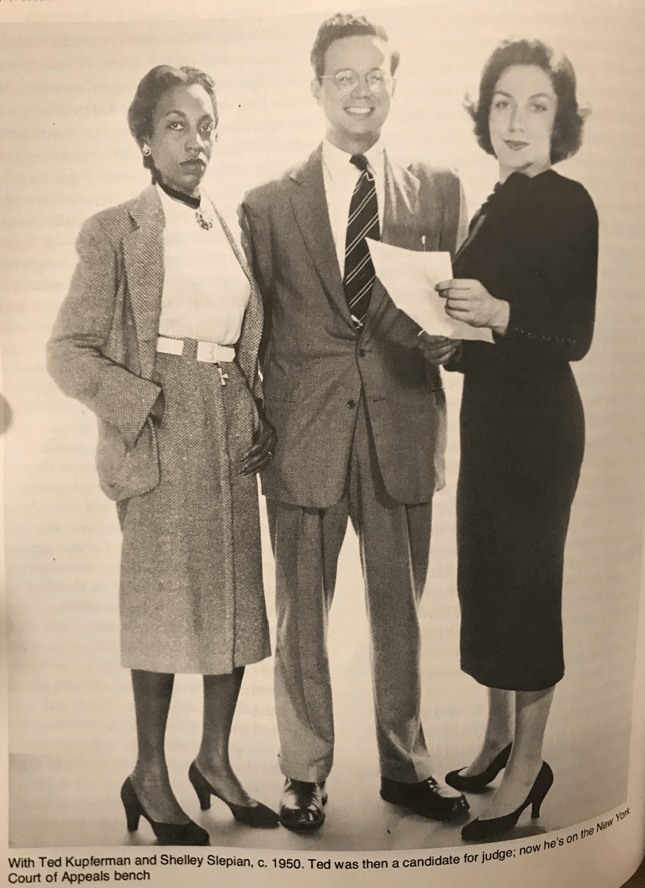 Early lawyer years, from her book (see below) 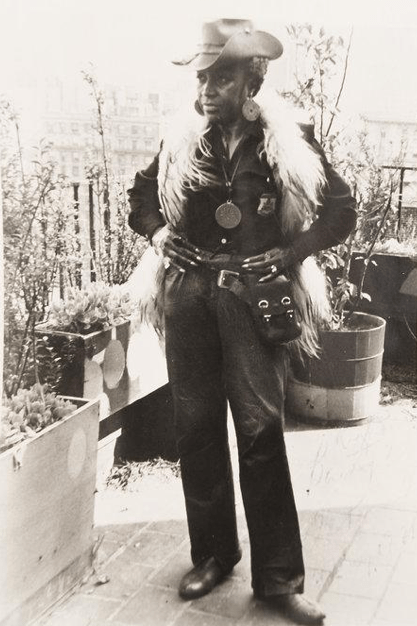 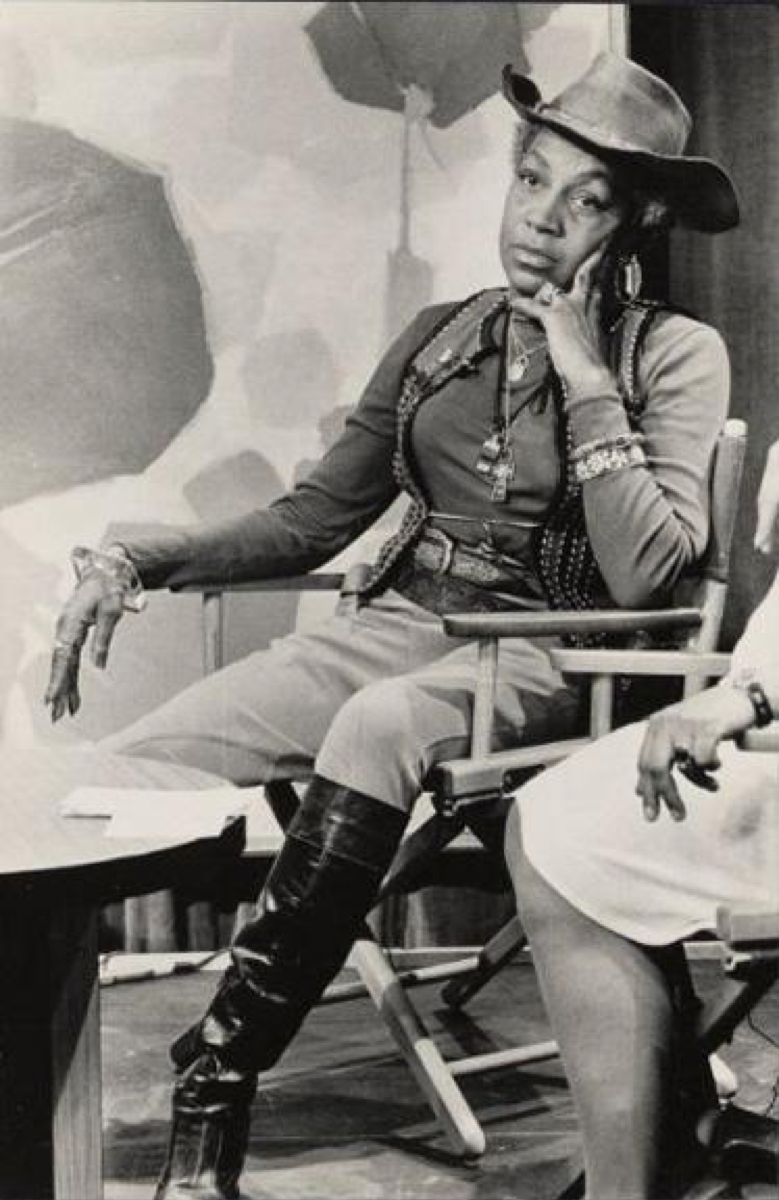 A couple of our favorite pics showing Flo’s confident style

Flo Kennedy at the N.O.W. march in 1972. Photo by Bettye Lane, courtesy of Schlesinger Library

And it looks like there may be a documentary in the works, directed by Keirdra Bahruth.

Our theme music is “Little Lily Swing” by Tri-Tachyon. Special thanks to Molly O’Laughlin Kemper for taking the Dead Ladies Show to New York City… and running with it!

Thanks for listening! We’ll be back with a new episode in June.