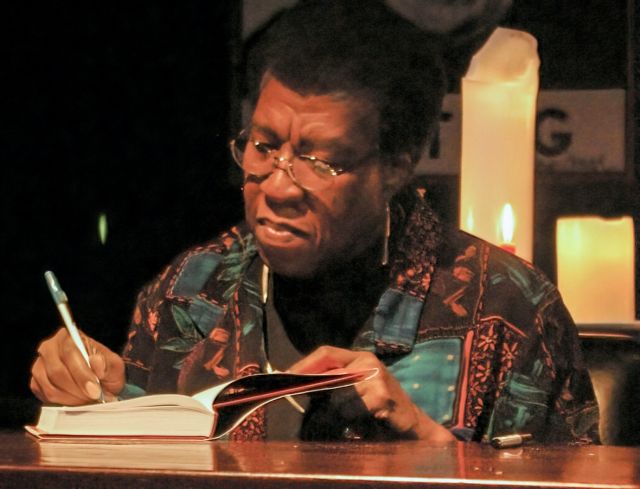 It’s practically summer! And to ring in this wonderfully sunny (and thunderstormy) season our very special literary cabaret is heading to Gay Paris – although not literally. Tuesday, 14 June, 8pm sees the seventh Dead Ladies Show at ACUD, featuring three fascinating women of yesteryear: Louise Michel, Djuna Barnes, and Sister Rosetta Tharpe! From communard to bohemian writer to gospel legend, each of them rocked the city in their very own way.

As always, we will be celebrating them in German and English, with this edition’s presenters being author and journalist Jan Groh, translator Laura Radosh, and your co-host Florian Duijsens – all held together by Katy Derbyshire, of course.

By popular request we’ve moved upstairs to the ACUD Studio, where there’ll be a special drink available at the bar as ever. So whether you come say “Bonjour Paris” in your best Audrey Hepburn/Fred Astaire threads or pick a more down-and-out look, make sure you join us. It’s only €4 on the door – come on time to get the best seats!

p.s. Should you require a daily dose of dead-lady magic, check us out at @deadladiesshow.

LOUISE MICHEL (1830 – 1905) was an anarchist and animal lover, a feminist, a romantic, a passable writer and a teacher. Known as “the red she-wolf”, she was famed for attaching a protest poster to a policeman’s back and rescuing a cat from a hail of bullets mid-street battle. She fought for the Paris Commune and survived various prison sentences and exile in New Caledonia, where she became a fan of Kanak quarter-tone music. On her return to France she was lauded and lambasted as an agitator for freedom, equality and social justice. Her funeral drew a hundred thousand mourners onto the streets.

In 1912, DJUNA BARNES (1892 – 1982) walks into the Brooklyn Eagle office and declares: “I can write and I can draw and you’d be a fool not to hire me.” Thus began the literary career of the writer of one of *the* modern novels, Nightwood. From an unhappy childhood in a highly unconventional dysfunctional family, via the 1930s Parisian lesbian literary bohème, to a misanthropic recluse in the West Village, Djuna Barnes’ life was certainly never dull. Plus she was one of the only people in the famous circles she moved in who actually had to earn a living as a writer, illustrator, first-wave feminist, bisexual, and alcoholic.

Called the godmother of rock ‘n’ roll, SISTER ROSETTA THARPE (1915 – 1973) was a guitarist and gospel singer with a profound influence on musicians like Little Richard, Johnny Cash, Elvis Presley, and Aretha Franklin. She took to the stage at the age of four and never really left it. Sister Rosetta Tharpe made the first gospel record to hit the charts, played with Cab Calloway at the Cotton Club, attracted 25,000 paying customers to her third wedding, got in trouble with gospel purists and recorded a live album in Paris in 1964. “With a Gibson SG in her hands, Sister Rosetta could raise the dead. And that was before she started to sing.”