Feeling poor and powerless? On 22 November, our ninth Dead Ladies Show resurrects three awe-inspiring women who battled poverty and patriarchy to achieve great things. Join us in your finest rags at 8 pm in the ACUD Studio to hear their amazing stories (in German and English) over a drink or two (alcoholic or non-). Entry will be €5 (€3 for the financially challenged), and, as always, invite your friends! 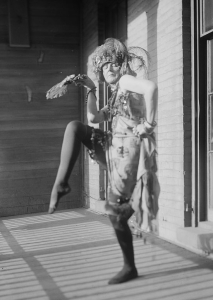 ELSA VON FREYTAG-LORINGHOVEN was one of those eccentric dames we know you just love to love. A Dada artist who married a penniless busboy baron and lived in grinding poverty in New York and Paris, she is now thought to be the real inventor of the famous “readymade” claimed by Marcel Duchamp. One of her outfits consisted of a bra made from two tomato cans and green string, a small birdcage complete with canary hung around her neck, a large number of stolen curtain rings worn as bracelets, and a hat decorated with vegetables, all worn with a red coat over the top. Elsa was art. 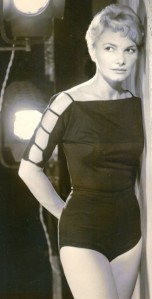 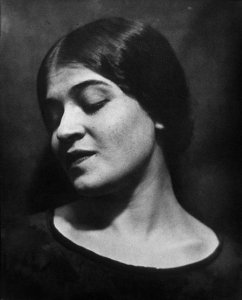 TINA MODOTTI, as a teenager, left behind the shoe factory in Udine where she had started working at the age of 8, and set off to San Francisco to become a silent-movie star. Soon the camera itself attracted her, and she ended up photographing the Mexican revolution. From there, she moved on to the Soviet Union and then the Spanish Civil War, only to mysteriously abandon photography and become a nurse and war reporter. Returning to Mexico a convinced revolutionary, Modotti died under unclear circumstances but is widely remembered both there and abroad.