Even though it’s summer, we’re still getting busy. While Florian travels (and teaches), Katy and Susan will be presenting a mini-Dead Ladies Show at PodFest Berlin on Saturday, July 16th from 7-8pm (doors open 6:15pm) at Noisy Rooms, Revaler Str. 99, 10245 Berlin (inside House of Music).

See below for more information on the two ladies in question, who will, as always, be presented in a messy mixture of English and German.

Tickets are €10, and include the Dead Ladies Show, plus a day pass to all festival events on Saturday including workshops and panels, seminars, and other events, as well as free coffee and a gift bag! Please book in advance for this event here.

You can also purchase a 2-Day pass, which will include our event on Saturday and everything else on offer!

DLS fans can enter this code for 20% off all PodFest Berlin tickets: COMMUNITY-DEAL-22

We also have one 2-Day All-Access pass to PodFest Berlin to give away for free — contact us if you’re interested!

IRMGARD KEUN: As an ingenue, German writer Irmgard Keun’s writing debut was much more consequent than her acting debut, and she garnered praise and a film adaptation. Her books explored women’s lives in Weimar-era Berlin with a humor all her own, which of course meant the Nazis banned them. There’s dark wit, wild parties in the face of danger, and fabulous costume changes — oh, and an unreliable narrator.

V.C. ANDREWS: Known as Virginia to friends and family, and considered notorious by readers, this blockbusting American author probably launched the sexual curiosities of generations of teens and pre-teens — for better or worse. Her psychological horror/romance books, starting with 1979’s bestselling Flowers in the Attic, were banned in school districts and libraries across most of the US, spawning both copycats and protests. The tale of children held captive by an evil grandmother was sadly mirrored in Virginia’s own reclusive, highly controlled life.

In this episode of the podcast, DLS co-founder Katy Derbyshire introduces us to daring German writer Irmgard Keun. As an ingenue, Irmgard’s writing debut was much more consequent than her acting debut, and she garnered praise and a film adaptation. Her books explored women’s lives in Weimar-era Berlin with a humor all her own, which of course meant the Nazis banned them. There’s dark wit, wild parties in the face of danger, and fabulous costume changes — oh, and an unreliable narrator. It’s a bit of Babylon Berlin meets Cabaret, perhaps.

Irmgard Keun is also one of the original Dead Ladies (along with Dorothy Parker) that sparked the creation of the Dead Ladies Show in the first place!

Our other DLS co-creator Florian Duijsens joins podcast producer and host Susan Stone for the introducing duties in our last episode of DLSP Season Four!

You can download the transcript, created by Annie Musgrove, here.

Our theme music is “Little Lily Swing” by Tri-Tachyon. Thanks for listening!

We’ll be back with a new season and new episode in September.

The Dead Ladies Show not only presents a fabulous excuse to dress up in faux-fox furs and other early 20th-century accoutrements, it is the first in a series of very Berlin events exploring the collision of feminism and fabulousness, glamor and genius. 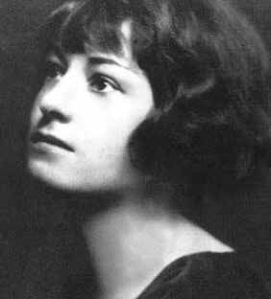 After a night of short bilingual readings and presentations, DJ Johnny Stardust will pay tribute to other spirited jazz, blues, and country women of yore, so be sure to wear your dancing shoes. The cover charge is €4, and there will be a signature ‘Dead Lady’ cocktail in Dorothy Parker’s honor.