Our latest podcast, produced and presented in February 2018 by Susan Stone.

This time it’s your beloved co-host Katy Derbyshire again, telling you a lot of things you need to know about the Irish revolutionary Constance Markievicz and how she went from debutante to celebrated freedom fighter.

Here’s Constance as Katy first came across her, in Dublin’s St Stephen’s Green. 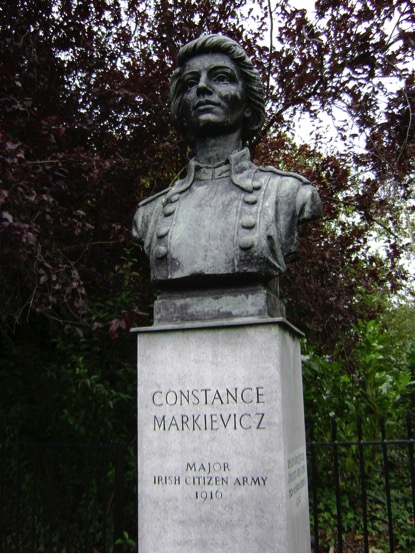 And here she is all dressed up for the Easter Rising. Note the hat. 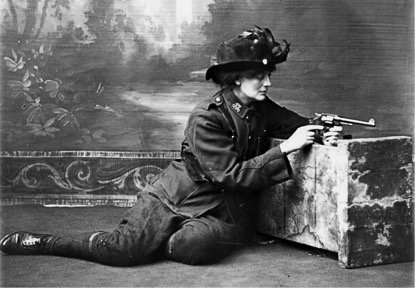 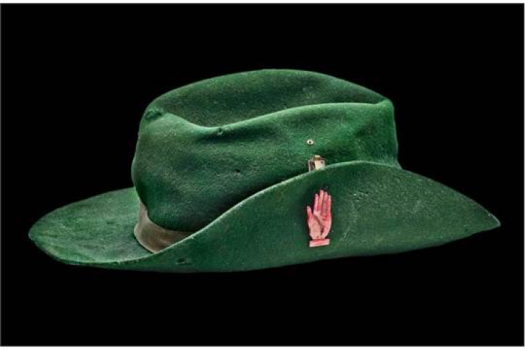 Many thanks to Deirdre McMahon for all her help.

Our theme music is “Little Lily Swing” by Tri-Tachyon. Thanks for listening – come back in March for a new podcast!

On May 30th, we’re throwing our 12th Dead Ladies Show, proudly presenting three very different 20th-century women, all of whom made waves doing things they weren’t supposed to do: a multiple medal-winning runner, a Hollywood writer, and a gun-toting suffragette socialist – brought to you by translator and adventurer Sarah Fisher, writer and dramaturge Antonia Roeller, and your beloved co-host Katy Derbyshire.

With Florian Duijsens to keep the show on track, you can look forward to a riotously riveting evening. Put on your running shorts, your diamonds, or your sturdiest boots, swing on over to the ACUD Studio, and raise a glass of our special drink to toast these three fine dead ladies.

Presented in a messy mixture of English and German. €5 or €3 reduced entry. Doors open 7:30 – come on time to get a good seat! 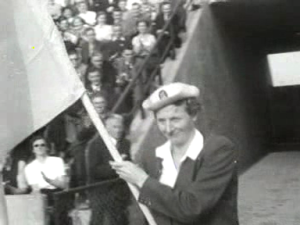 The athlete Fanny Blankers-Koen was 30 years old and had two kids when she won four gold medals at the 1948 London Olympics. The mayor of Amsterdam kindly presented her with a bicycle on her return. She held 58 Dutch titles and set or tied 12 world records during her athletic career – all while putting up with patronizing nicknames like “the flying housewife” and “the flying Dutchmam”. Treasuring her Jesse Owens autograph, which she got when she competed in the Berlin Olympics at the age of 18, she lived to the ripe age of 85 and was named Female Athlete of the Century in 1999. Fanny Blankers-Koen ran like a woman. 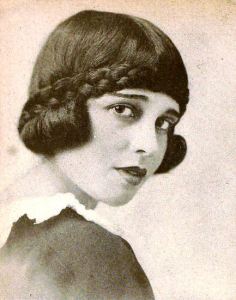 Dubbed “the soubrette of satire”, Anita Loos wrote hundreds of film scripts with names like A Temperamental Wife, A Virtuous Vamp, A Perfect Woman, Polly of the Follies, and Biography of a Bachelor Girl. Plus of course her most famous book, the short story collection Gentlemen Prefer Blondes, and a decent handful of memoirs, novels, and non-fiction. She hung out in Paris, New York, and Hollywood with writers, actresses, and chorus girls, put up with and then divorced a hypochondriac husband, and worked incredibly hard to become one of America’s most feted screenwriters. 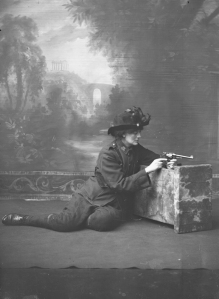 Constance Markievicz was an Irish revolutionary, suffragette, and socialist, and the first woman elected to the British parliament (although she never attended). From a landowning background, she became a landscape painter and socialized with Dublin’s intellectuals before joining Sinn Féin and the Daughters of Ireland, attending her first meeting in a ball-gown and tiara. Later, though, she advised women to “dress suitably in short skirts and strong boots, leave your jewels in the bank and buy a revolver.” Markievicz fought in the 1916 Easter Rising, narrowly escaping a death sentence, and became the first woman cabinet minister in the Irish Republic.