Here comes show number 23! In which we bring you three women who suffered for their passions but left us inspiring legacies and impressive role models – a lady lepidopterist from Norwich, a coffee-brewing Canadian poet with magical concerns, and a pioneering Korean artist and essayist. Presented by your beloved co-host FLORIAN DUIJSENS, German poets BIRGIT KREIPE & MONIKA RINCK, and our very own podcast producer SUSAN STONE (very graciously filling in for a presenter who couldn’t make it!). All held together by your other beloved co-host KATY DERBYSHIRE.

Join us on September 24th, 8pm, at the ACUD Studio for an evening of entertainment, inspiration, and fabulous females. As always, presented in a messy mixture of English and German. €5 or €3 reduced entry. Once again generously supported by the Berliner Senat. Doors open 7:30 – come on time to get a good seat and a good drink!

MARGARET FOUNTAINE was a British butterfly-collector who travelled to over 60 countries (fortified by sips of brandy). She discovered, documented, and bred specimens for more than 50 years, reportedly dying with a butterfly net in her hand while collecting in Trinidad. She published scientific papers in The Entomologist and became the only female fellow in the Royal Entomological Society in 1898. She also held talks internationally, on subjects such as “the sagacity of caterpillars”. Fountaine met her partner and traveling companion Khalil Neimy in Damascus, where she hired him as a dragoman. In her copious diaries, she wrote of her “wild and fearless life” during which she “enjoyed greatly and suffered much.” There is, of course, a butterfly genus named in her honor.

Canadian writer and translator GWENDOLYN MacEWEN published her first poem at the age of seventeen, and had written her first novel a year later. She taught herself Hebrew, Arabic, ancient and modern Greek, and French, and translated from all of them. Despite running a Toronto coffee shop and leading a life cut short by alcohol-related health issues, she published more than twenty books of poetry, fiction, non-fiction, children’s fiction, and translated drama. MacEwen’s particular interest was in magic, ancient societies and philosophies; she defined poetry as “…the sound you make when you come, and why you live and how you bleed, and the sound you make or don’t make when you die.” 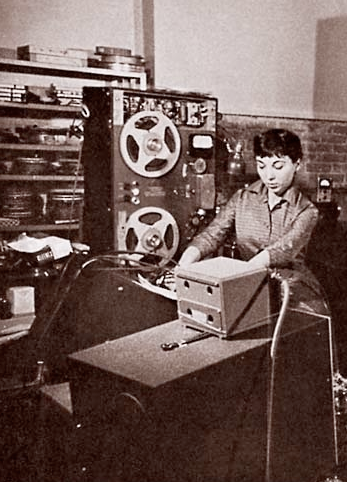 BEBE BARRON was a bohemian, composer, and electronic music pioneer. She and her husband Louis worked avant-garde art-makers like John Cage and Maya Deren, and hung out with Anais Nin, Henry Miller, Joseph Campbell, and more. The pair is credited with inventing the tape loop, and possibly the audio book. It’s certainly the case that they composed and created the first electronic music — or electro-acoustic — feature film soundtrack. Electronic music as we know it would not exist without Bebe, nor would the sounds we associate with outer space.

So shimmy into your sequins or dress down and dirty to celebrate ethnographer Mary Kingsley – who explored Africa in full Victorian mourning dress and criticized missionaries – Bebe Barron – who literally cut and pasted hours of tape to compose the soundtrack for Forbidden Planet – and Delia Derbyshire – “the unsung heroine of British electronic music”. 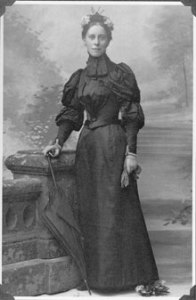 And we’ll wind up the evening in time-honoured Dead Ladies Show style with a spot of socializing over special futuristic cocktails. Or perhaps a Victorian-style beverage? All will be revealed.

€4 on the door, or free entry for anyone appearing in full Victorian mourning dress.